BWRT® is a natural, amazingly powerful and rapid new methodology of therapy that helps rewire thoughts virtually in the brain.

What is BWRT®
Neuroscience meets Psychology

Brain Working Recursive Therapy® is a neuroscience-based process that has been shown to be useful to help reduce or alleviate the symptoms, and causes of symptoms, associated with Anxiety, Phobias, PTSD, Depression, Low confidence, Low self-esteem, and many other psychological issues. It works in a unique way to ‘defuse’ the psychological triggers of the symptom pattern before they reach the part of the brain that activates the emotional responses. In this way the symptom is either alleviated or greatly reduced in severity. BWRT® mimics the way the brain and psyche acquire the difficulty in the first place and is therefore a totally natural process. The work does not require you to divulge any intimate details of your personal life or of any event that you wish to keep private that might have been the cause of your symptom. While there is not a therapy in the world that works for everybody every time, BWRT® is considered by many to be among the most reliable of psychological methodologies.

Brain Working Recursive Therapy® was discovered in 2011 by Terence Watts, MCGI, a UK therapist, author and trainer in full-time private practice since 1989. After development and many practical trials with volunteers, BWRT® was taught for the first time in October 2013. One of the first students of the new technique was South African Clinical Psychologist Rafiq Lockhat whose extensive experience in the world of psychology led to him being quickly appointed as Terence’s research partner and ‘Mr BWRT South Africa.’ Terence and Rafiq continued to refine the process into the elegant system that it is today. All trainers of this relatively new model of psychopathology are selected by The Terence Watts BWRT Institute and all adhere to the same training programme to ensure, as far as possible, consistency in technical expertise across the globe.

I was trained by: Terence Watts

Brain Working Recursive Therapy® is a neuroscience-based process that has been shown to be useful to help reduce or alleviate the symptoms, and causes of symptoms, associated with some of the following:

All appointments are in confidence and as a registered BWRT® Practitioner I am bound by a strict code of ethics with the BBRS.

Please note you should initially consult your GP for advice, diagnosis and treatment and always inform your health care professional before starting any alternative or additional therapies or treatments.

Helping you to make positive and mindful changes in your life so that your past does not have to be your future...

How can I help you? 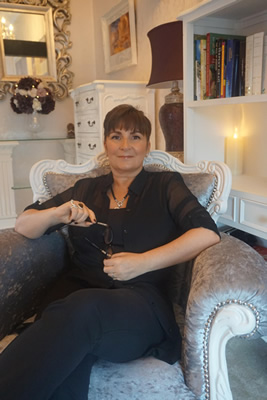